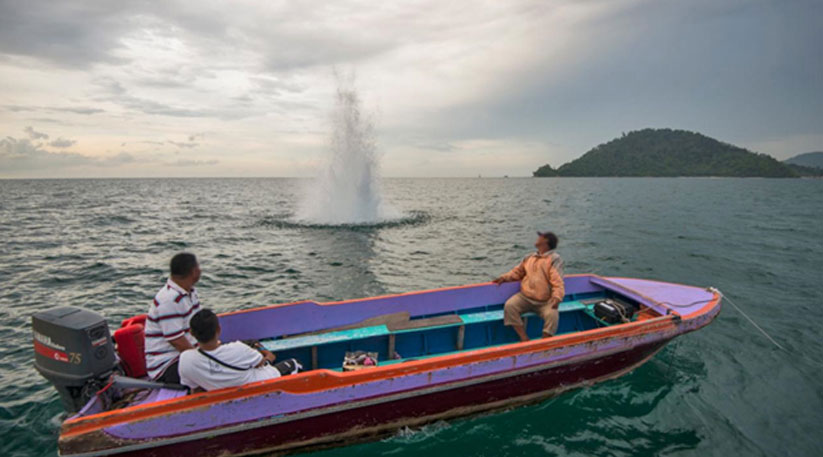 KOTA KINABALU: Sabah aims to get rid of the recurrent problem of fish-bombing by introducing heavier penalties.

Junz Wong, Sabah Agriculture and Food Industry Minister, highlighted that the law will be altered to provide heftier penalties, including jail time for fish-bombers.

The Malaysian state is also considering to cancel the fishing licenses of anyone caught for fish blasting or in possession of bombed fish, Wong told reporters after a meet and greet session at Gaya Island, Sabah, yesterday.

Several government agencies have been actively conducting joint operations statewide to crack down on fish blasting following the deaths of two Chinese tourists and a local divemaster, killed by fish bombs off Semporna, last July 5.

The victims, Zhao Zhong and Xu Yingjie, both 26, and diving instructor Ab Zainal Abdu, 30, were diving near Pulau Kalapuan, Semporna, when the incident occurred about 5pm.

Initially, the police arrested a 24 year old boatman along with a guide, 23. Later, another 10 people including sea gypsies, were arrested for questioning.

Police categorized the case as murder but no charges has been laid as yet due to the lack of witnesses.

Under the Firearms (Increased Penalties) Act 1971, those charged with unlawful possession of firearms face up to 14 years in jail and not less than six strokes of the rotan (cane).

At present, Section 26 of the Fisheries Act 1985 deems fish-bombing as an offence punishable under Section 25, providing a fine of up to RM20,000 or a jail term of up to two years, or both, on conviction.