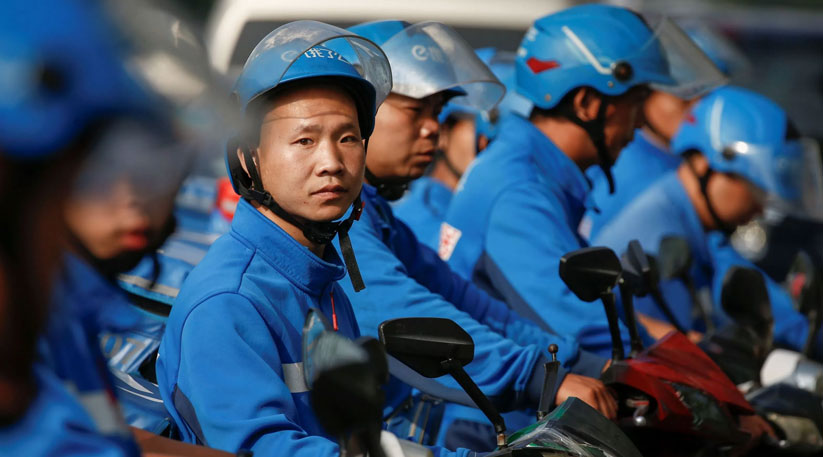 China’s tech companies are known to offer especially generous subsidies to take over niche markets. The upshot for users is that, from time to time, they can enjoy nearly free services. Such was the case with ride-hailing before Uber stopped competing against local rival Didi and became a stakeholder instead.

Another such period is now beginning. Last week, Didi officially added food delivery to its app’s offerings, starting off in a city near Shanghai called Wuxi. It will expand the offering into other cities in the months ahead.

The company said first-time users of the service will get a 20 yuan ($3) coupon, among other steep discounts. Days after launching the service, it announced that its share of Wuxi’s food-delivery market was already over 30%, with 334,000 orders generated on the first day alone.

Its food-delivery rivals are not sitting idly by. Alibaba-owned Ele.me and Tencent-backed Meituan moved quickly to engage in the subsidy battle in Wuxi.

Residents are making the most of the situation. Many bragged about the near-free meals they ordered through the apps, sharing screenshots of their bills on social media. Here’s what one Meituan user paid for chicken rice from a restaurant called Dongchi Meal Box, according to the Southern Metropolis Daily:

Ele.me motorbike riders in Wuxi were seen in a video chanting their newest slogan: “Kill Meituan, Crush Didi, Ele.me is fighting with you.” In many local eateries, delivery people far outnumbered customers.

Local restaurants newly listed on the Didi app have recently reported being removed from the Meituan and Ele.me apps, according to the city’s commerce bureau, which yesterday demanded that (link in Chinese) the services stop any unfair practices or “extreme” marketing strategies. Each service said it would comply, but when Didi expands its food delivery into other Chinese cities, the subsidy battle will likely begin again.

Didi’s move into food delivery coincides with Meituan’s recent foray into ride hailing. Like that, the two tech unicorns are now eyeing each other’s territories—a competition one Didi executive described as the “war of the century” (paywall).

What happened when Meituan launched its ride-hailing service in Shanghai last month mirrors the food-delivery battle in Wuxi: Meituan provided subsidies and incentives to commuters and drivers to shake up the market, forcing Didi to follow suit (link in Chinese), and then the local authorities stepped in with orders and warnings.

The food-delivery battle is part of a proxy war between Tencent and Alibaba, two tech giants that are battling for supremacy (paywall) on nearly every front of China’s internet and tech sectors—including the local-services industry. Earlier this month, Alibaba fully acquired Ele.me in a deal putting the startup’s value at $9.5 billion. Tencent, meanwhile, is a prominent backer of both Meituan and Didi.