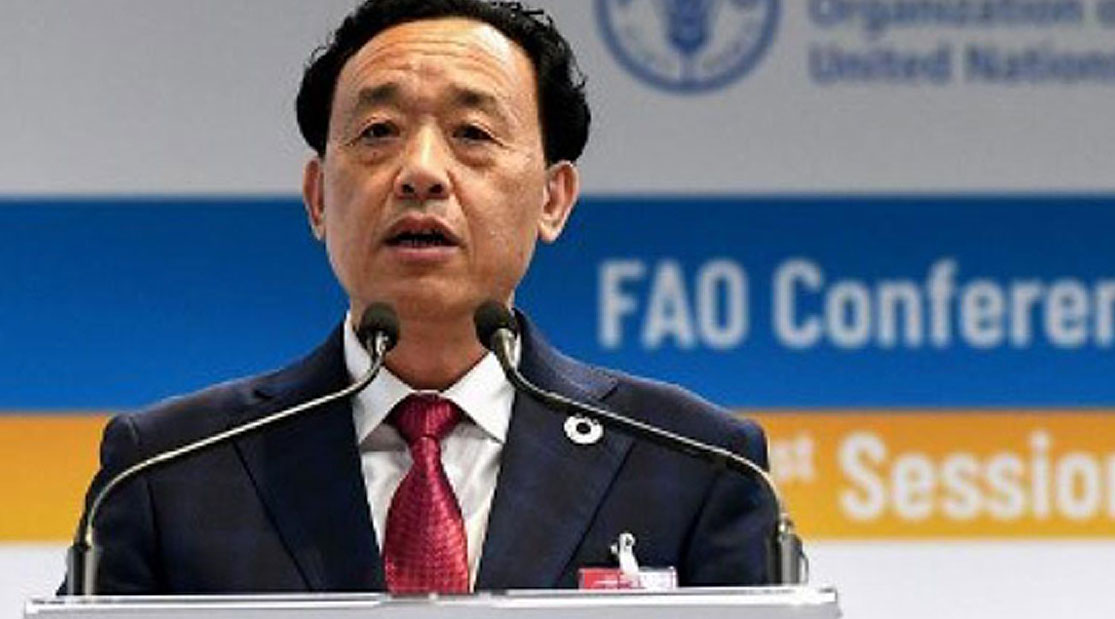 ROME – Qu Dongyu, China’s deputy agricultural minister, was elected Sunday as the new director general of the U.N. Food and Agriculture Organization, the first person from a Communist country to hold the influential FAO post.

The agency’s 194 member countries convened at the FAO headquarters in Rome to choose a successor to Jose Graziano da Silva of Brazil for the 4-year term.

Qu, 55, a biologist by training, won 108 votes, followed by France’s Catherine Geslain-Laneelle with 71 votes and Georgia’s Davit Kirvalidze with 12, according to official results. The United States had backed Kirvalidze.

The FAO, which has over 11,500 employees around the globe, works closely with other U.N. agencies to achieve the goal of a hunger-free world by 2030. Today, more than 800 million people are facing hunger and many experts doubt that the 2030 goal will be reached.

Prior to the vote, Qu said he aims to focus on hunger and poverty eradication, tropical agriculture, drought land farming, digital rural development and better land design through transformation of agricultural production. An expert on agriculture and rural areas, he has worked in the field for more than 30 years.

“This is a special day,” he said in his speech accepting the post. “This is our day.”

Qu said he was “grateful to his motherland,” but then added he would be faithful to the FAO’s missions.

Ahead of his election, he rejected claims that he would be beholden to instructions from Beijing, pledging that China would follow “FAO regulations and rules.” He also defended his credentials, saying he is “a scientist” educated in Europe, America and China.

Before joining China’s agriculture ministry, Qu worked at the Chinese Academy of Agricultural Sciences, where he focused on conducting research and innovation, raising rural income, reducing poverty through science and technology and building a quality assessment system for produce.

From 2008 to 2015, he worked in the government of the Ningxia Hui Autonomous Region, where he applied new approaches to agricultural publications and rural tourism and provided startup micro-lending to young and female farmers.

Since being appointed vice-minister in 2015, Qu has spearheaded measures such as reforms for rural areas; using information technologies to help agriculture; instituting exchange mechanisms on urban agriculture and promoting brands and specialty industries.

Qu has also been in charge of China’s agri-business cooperation with Asian, African and Latin American countries and China’s main trading partners of produce.