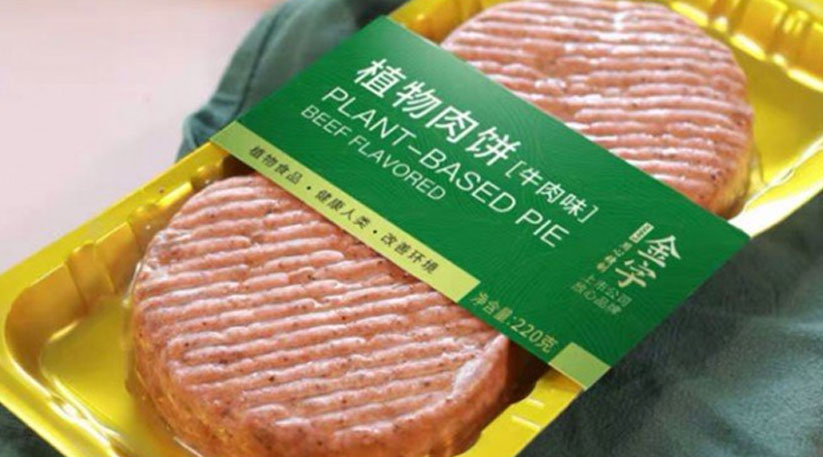 Set up in 1993 and headquartered in Shenzhen, Whole Perfect Food is a plant-based meat manufacturer with annual sales of 300 million yuan (US$44.6 million). Founder Yu Zhaode is a Buddhist and for religious reasons does not eat meat or pungent vegetables like onions, garlic, scallions, chives and leeks.

Selling more than 300 products including faux oyster sauce, bacon, abalone, hamburger patties and grilled sausage, the Chinese company is eager to take on its Western counterparts like Impossible Foods and Beyond Meat. Senior marketing manager Zhou Qiyu says its food-making technology is on a par with the Western start-ups bent on revolutionising the global meat industry.

“Consumers and media don’t know about us because we don’t have the star power of the Western start-ups, which get investors like [Hong Kong businessman] Li Ka-shing and [Microsoft founder] Bill Gates,” Zhou says.

“Dating to as early as the Song dynasty, China’s traditional vegetarian recipes use tofu to make fish and elephant foot taro or konjac to make shrimp. Our company extracts [protein] from seaweed to make [vegan] seafood.

“We do three to 50 new product research [studies] every year, and have accumulated many patented technologies. This year, together with government officials, we set up a national-level research institute at Shenzhen University for soy protein isolate [and other plant-based products].”

No comparative study [of the two isolates] has been made by industry experts. However, from a consumer’s point of view, they feel similar to us in terms of texture, taste and quality.”

Samyuktha is a former chemical engineer and a graduate of Imperial College of Science, Technology and Medicine in London. She hails from India and her family ate all sorts of animals while she was growing up – cows, chicken, pigs, sheep, goats, fish, shark, snakes and even insects.

For two years before moving to China, Samyuktha lived in the US where she ate Beyond Meat’s products three times a week. She says she has found China’s vegan products to be on a par. She added that many Chinese consumers who want to reduce their meat consumption do not know about their home-grown plant-based meat makers.

“They asked us to find out how to import the offerings of Beyond Meat and Impossible Foods as they want to see these options in restaurants. They do not need to be so fascinated with them [as there are home-grown alternatives],” she says.

“Local vegan and vegetarian food manufacturers are pretty insular. They have never gone outside the niche Buddhist and vegan market.”

According to research firm Markets and Markets, the global meat substitutes market was estimated at US$4.6 billion last year and is predicted to reach US$6.4 billion by 2023, with Asia the fastest-growing region.

According to Reuters, the San Francisco-based start-up Just, which is valued at US$1 billion and counts venture capitalist Peter Thiel’s Founders Fund as one of its backers, is planning to introduce its mung bean faux egg product in up to six Chinese cities this year.

Beyond Meat, which is backed by Tyson, the world’s largest meat processor, plans to start distributing in China in the second half of this year.