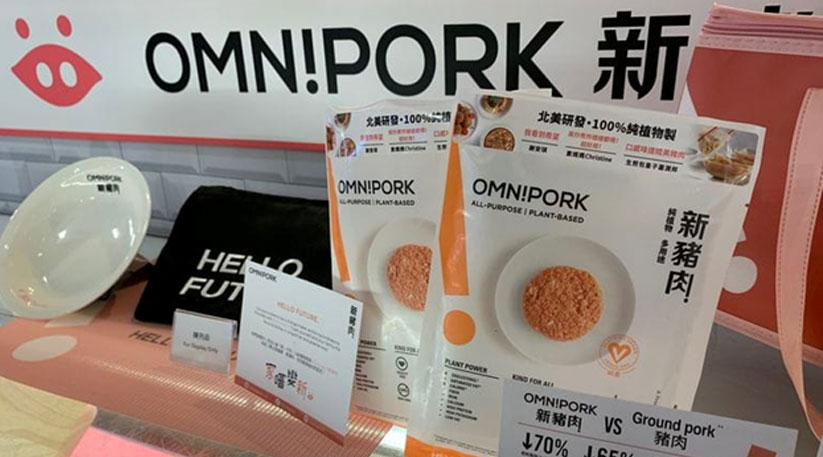 Chinese demand for fake pork, or mock meat as it’s known in China, is rising fast. The huge demand boost for mock meat is being driven by the intractable ASF epidemic and rising fears domestic meat supply won’t be enough to meet demand, especially with the holiday season fast approaching.

China is the largest consumer and producer of pork in the world.

As pork supplies dwindle due to ASF, more meat imports are required to meet the still huge consumer demand, according to analysts. A report by global financial analysis firm Fitch Solutions asserted that “new options would need to be investigated and encouraged” to increase the supply of pork. And the most realistic option on hand is the production or importation of mock meat.

China does have a growing plant-based meat industry far larger than that in the United States. This industry was worth some $910 million in 2018, a huge 14.2 percent year-on-year increase, said a report by Good Food Institute (GFI).

GFI is a U.S.-based nonprofit promoting plant-based meat, dairy, and eggs. It also pushes “clean meat” (also known as cultured meat and cell-based meat) as alternatives to real meat from slaughtered animals such as pigs.

Analysts said China’s long march towards fake meat trend can be seen as the next step in its evolving food industry.

A Western analyst said he sees tremendous demand for alternative protein and alternative meat in China.

In early September, the loss of more than 100 million pigs to ASF forced China to consider releasing its massive emergency reserves of frozen pig meat in a bid to boost fast dwindling pork supplies.

China is home to more than half of all the pigs on the planet and the swine fever epidemic has wiped out a third of this population. The remaining two-thirds remain under threat from this killer disease, which is also called pig ebola.

ASF has also seen atrociously high prices of pork throughout China as a result of the pork scarcity. The price retailers pay for pork has skyrocketed nearly 70% over the past year. The average price wholesalers pay suppliers soared 90% in the last week of August year-on-year, according to government data. Analysts say prices will jump even higher within the year.

Some cities have introduced rationing that limits citizens from buying certain quantities of pork. Some local governments are offering discounts on pork to offset soaring prices.