China Getting Its Pork Supply from 13 Brazilian Meat Packing Plants 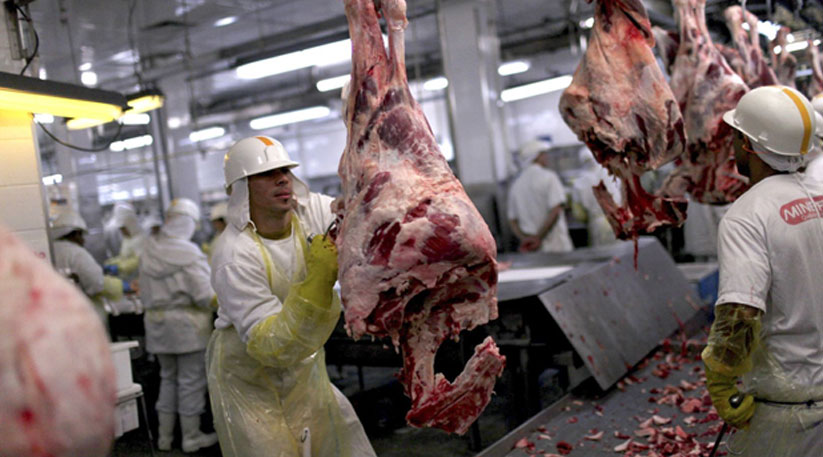 The approvals come as China seeks to increase meat imports to compensate for the death of around half of its pig herd from African swine fever.

Brazil is a major supplier to China.

In the 10 months through October, Brazilian meatpackers exported nearly $3 billion of poultry, beef and pork byproducts to the Asian nation, according to data compiled by industry groups Abiec and ABPA.

The list of units approved on Tuesday, 13 in total, features five pork, five beef and three poultry plants, according to the ministry’s statement.

Four of the facilities are owned by JBS SA or its subsidiary Seara, one is owned by BRF SA and two are owned by Marfrig Global Foods SA, the ministry said.

“It sets the tone of the partnership that China and Brazil are building to guarantee food security and the expansion of [bilateral] trade in the run-up to the BRICS nation summit,” ABPA President Francisco Turra said in a statement, referring to the BRICs summit in Brazil this week.

“Brazil is the main chicken supplier to China, and the country must now expand its pork sales (there),” Turra said.

Abiec, the beef-packers lobby, said the authorizations raise the total number of Brazilian beef plants with permission to sell to China to 37 units.

Between January and October, China imported 183,100 tonnes of pork from Brazil, a 40% rise over the same period last year, generating revenue of $429.8 million, ABPA said.

According to Abiec, Brazil’s beef export volumes to China rose by 23.3% to 319,000 tonnes through October, not including sales via Hong Kong, which are booked separately.

Beef exports from Brazil to China in the period were $1.6 billion, Abiec data showed.