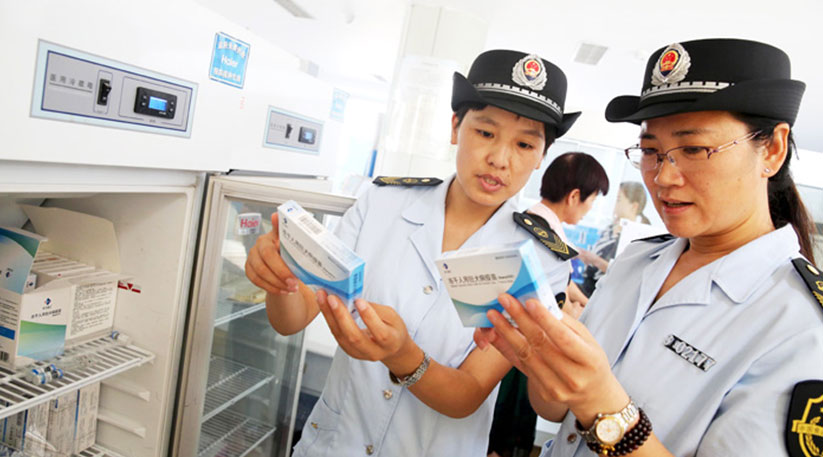 SHANGHAI: China said on Saturday it has sacked six senior officials at its food and drug regulator after a safety scandal at vaccine maker Changsheng Biotechnology Co Ltd revealed failings at the government body including inadequate supervision.

In a posting on its website, the State Administration for Market Regulation said that among officials dismissed were Ding Jianhua, who headed two departments at the China Food and Drug Administration (CFDA). The same statement was posted on the CFDA’s website.

Changsheng was accused in July of falsifying data for a rabies vaccine and manufacturing an ineffective vaccine for babies, sparking widespread public anger and multiple probes including police investigations.

The Changsheng case exposed that the CFDA officials “did not provide sufficient supervision, strong enough oversight, nor were they strict enough in their inspections”, the posting said.

While there were no known reports of people being harmed by the vaccines, regulators ordered Changsheng to halt their production and recall the rabies vaccine. Changsheng has apologized and said it is cooperating with investigations.

On Friday, Beijing said it had sacked a senior provincial official and was probing a former top drug regulator. Xinhua also reported that more than 40 government officials, including seven at the provincial level, have been held accountable for the scandal and some have been sacked.

In a separate Saturday report, Xinhua said the central province of Hubei has removed six government officials from their posts in relation to another inferior vaccines case involving Chinese company Wuhan Institute of Biological Products.

The company on Friday said on its website that it has dismissed its deputy general manager in charge of production and warned or fined eight other employees.