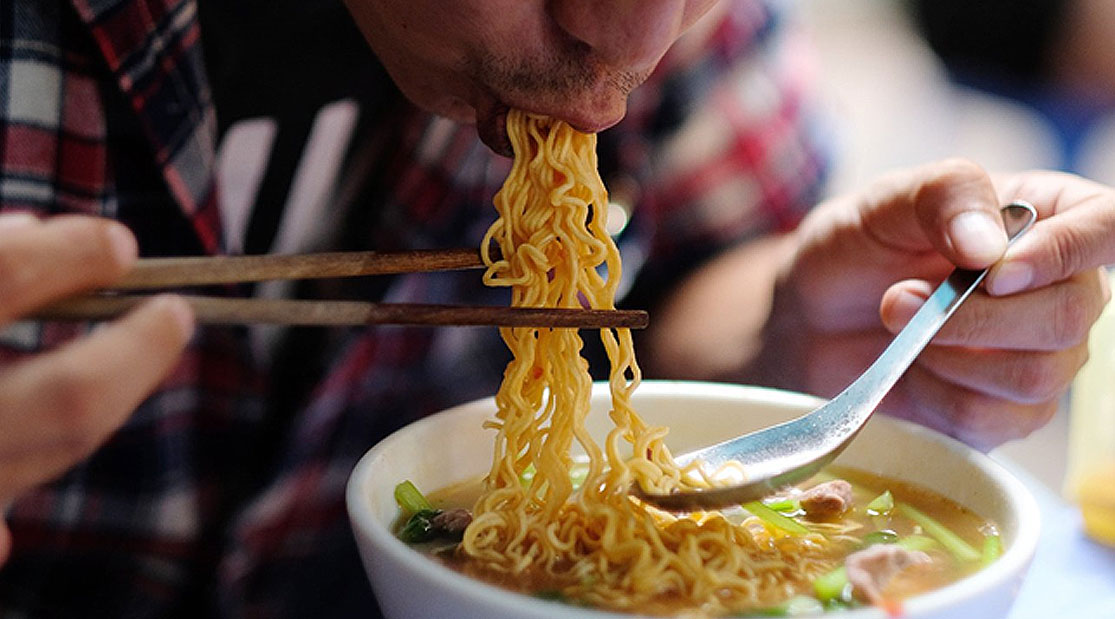 For decades, such foods were the preserve of students, singletons and harried mothers. But tastes are changing along with the technology behind the production of these meals.

Picture something you can make in an instant. You’re probably thinking of noodles or rice, or an egg, fried or boiled.

Depending on where you’re from, you may have tried instant mashed potatoes before. There’s also instant gravy, oatmeal, custard and soup. These foods all contain a very limited number of main ingredients – in many cases, just one.

That’s because until relatively recently, the technology needed to make anything more complex simply didn’t exist. So for decades, instant foods remained a convenience beloved by students, singletons and busy home cooks in need of a quick and dirty fix for rounding out a meal. That was until the rise of the home meal replacement (HMR).

Billed as ready-to-eat repasts that can increasingly provide all the elements of a healthy, balanced diet, HMRs are big business – especially in South Korea, where the market for them almost quadrupled over the course of five years, from 800 billion won (US$716 million) in 2011 to 3 trillion won (US$2.68 billion) in 2017.

The secret to HMRs’ success in the East Asian nation is undoubtedly down to the time they help save, which matters even more in its ppalli-ppalli, or “hurry hurry”, culture that places such great emphasis on speed.

This culture, a legacy of the country’s rapid industrialisation in the 20th century, also explains the long hours many in South Korea spend at work, allowing little time for them to relax.

Ian Hoffman is a native Chicagoan who moved to Busan – South Korea’s second-biggest city – two years ago to teach. The 24-year-old is learning the language and hopes to receive his long-term resident visa soon. It means he doesn’t have a lot of free time.

“I don’t want to be using it for cooking,” he says. “The reasons for purchasing HMRs are multifaceted. It is cost-efficient to buy this pre-prepared food, especially if you buy it online or in bulk. Also, I’m not Korean but I’ve been living here for a while and I can feel the social pressure of looking weird eating alone. I feel quite uncomfortable eating alone at affordably priced food places. There’s also not a tonne of restaurants where I can eat alone because of serving or table culture reasons.”

Korean families, too, find themselves with little time to cook.

“I always buy some packaged curry rice or hamburger steak when I go grocery shopping,” says Park Jung-min, a housewife from Seoul.

“My daughter … doesn’t have a lot of time between school and [the] after-school [activities] she attends every day,” the 44-year-old says from inside Homeplus, one of the largest food retailers in South Korea, which has aisles and aisles filled with HMRs.

Park Jong-dae, a researcher at the Korea Food Research Institute, says the emergence of this type of meal owes much to modern technology.

The most oft-cited reason for South Korea’s HMR boom over the last decade is the corresponding rise in one- or two-person households. In the capital of Seoul, for instance, with a population of almost 10 million, nearly 55 per cent of households consist of one or two people.

Another factor is women, long consigned to the home in the traditionally conservative nation, increasingly joining the workforce and further expanding the market for convenient meals.

According to Yoon Ji-hyun, a professor of food and nutrition at Seoul National University, many Koreans spend half their monthly food budget eating out, leaving HMRs as the best, cheapest option for when they eat at home.

The rise of e-commerce has further added to the convenience of ready meals. Online purchases of HMRs increased 60 per cent from 2017 to 2018, yet 82 per cent of total sales still go through traditional, offline shops.

It is here that retailers such as Dongwon Home Food – a subsidiary of the country’s third-largest manufacturer of HMRs – see an opportunity.

Its online shopfront The Banchan, or “side dish” in English, lists about 400 traditional dishes such as kimchi stew and Korean barbecue, prepared by hand in its Seoul kitchen whenever an order is placed.

With overnight delivery available in the capital, extending to same-day shipping elsewhere, the service has certainly proved popular. According to the latest figures, the website’s annual profits have reached 40 billion won (US$35.7 million).

Meanwhile, at CJ CheilJedang, South Korea’s biggest HMR manufacturer with a 35 per cent market share, Korean-style dumplings, or mandu, are one of the best sellers under its popular Bibigo brand. In the US alone, about US$150 million worth of Bibigo Mandu are sold every year.

Jin Jung-tak, floor manager for the Bibigo Mandu production team, says the company has invested about 120 billion won (US$107 million) in its production facilities over the past five years.

In 2013, CJ CheilJedang’s state-of-the-art factories made the switch to only using fresh vegetables that are in season and have since introduced processes to ensure their dumplings are constructed and frozen within 20 minutes “to prevent the loss of nutrition and to keep the natural juices and flavours of the food”. “It has done wonders [for] the popularity of our products,” Jin says. “Our rival companies have been trying to catch up.”

Consumers, however, are still wary of eating too many HMRs. A recent report widely circulated in South Korea revealed people who regularly eat instant foods are four times more likely to develop stomach cancer than those who do not.

Park, of the Korea Food Research Institute, said that while it’s certainly “a problem if one eats too [many] HMRs, it’s also dangerous for one to eat too much of anything, really”.

However, HMRs are not necessarily the healthy alternative some food companies claim, he admits. “We started to define such products as HMR because of the refined taste, texture change and enhanced convenience, not because of an improvement in nutritional values like the amount of sodium.”

However, HMRs often contain fewer calories and less sodium than their traditional instant counterparts, such as ramen. Park predicts such health concerns will become less of a problem in the future “as current HMRs are able to provide a more balanced diet”.

Yoon, from Seoul National University, sees the rise in HMRs as a natural outgrowth of the country’s industrialisation.

“Among the necessities of life, which include food, clothing and shelter, the last one to be industrialised is providing for one’s food,” she says. “We have had the refrigerator and the electric rice cooker for some time but these provisions have come quite late compared to the industrialisation of making clothes or houses.”

Yoon predicts many more households will adopt HMRs in the next decade or so, although she notes there is still an issue with “a sense of guilt” among the older generation over serving processed food.

“Even for me, I feel guilty if I feed my kids [takeaway] Chinese food, but I don’t feel the guilt if I open up a package of fried rice from CJ CheilJedang because I’m actually preparing the food inside our kitchen,” she says.