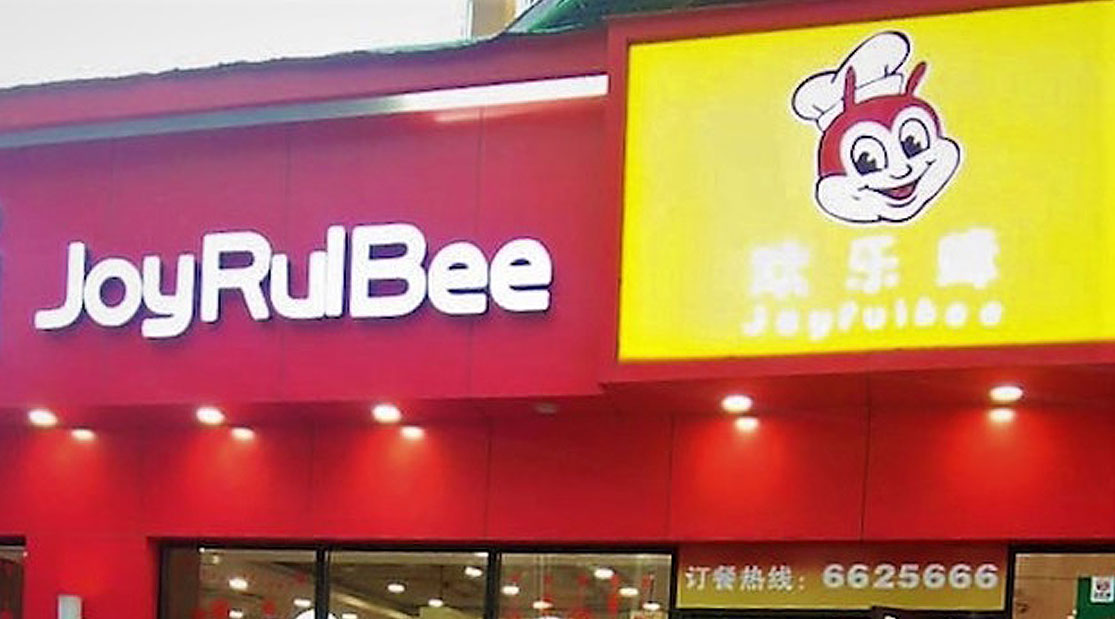 Jollibee can be found in many parts of the world but the fast food giant doesn’t have branches in mainland China.

However, a Filipino couple saw a Jollibee copycat when they were out and about one day — and it’s called JoyRulBee. Overseas Filipino Worker Christopher Guzman posted photos and a video of the fake Jollibee on Facebook over the weekend, which he saw while out with his wife somewhere in Guangxi province.

In the video, Guzman showed that the storefront sports a logo that looks exactly like the original Jollibee. The interior design of the store also looked like it was inspired by a Jollibee branch. It also offers the same food that is being sold in Jollibee branches: burgers, ice creams, fries, fried chicken, and spaghetti. Unlike in the Philippines however, JoyRulBee offers a whole fried chicken, which Guzman ordered.

Guzman also wrote in his caption to a video that it was the first time he’s seen JoyRulBee in the 10 years that he has been living in China.

“It’s the same style as Jollibee, but the taste is different,” he said. “Jollibee tastes better. It’s almost the same price [compared to the real one].”

Because the taste of the food left him feeling underwhelmed, Guzman said he’s not sure if he’s going back to JoyRulBee.