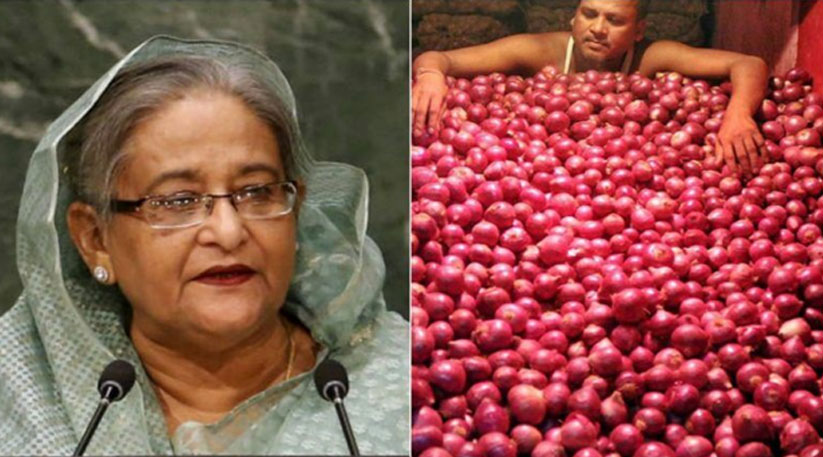 New Delhi: India’s ban on onion exports due to soaring domestic prices has hit Bangladesh, including Prime Minister Sheikh Hasina’s kitchen, she complained on Friday to her opposite number, graciously downplaying a potential irritant in trade ties between the two close neighbours.

“We are facing some problems because of the ban on onion exports from India. I don’t know why you banned these export. It would have been better if you had alerted us in advance—we could have sourced onions from other countries. You banned it suddenly and it became a problem for us”, she told the India-Bangladesh Business Forum on Friday.

In a lighter vein, Hasina added that after the export ban, she had asked her cook not to use onions.

India’s trade minister Piyush Goyal was on the dais when Hasina delivered her speech at the event organized by Indian industry chambers CII, Ficci and Assocham.

Hasina’s remarks showed a nuanced and seasoned South Asian politician at play. Like the late Atal Bihari Vajpayee, she has the ability to get a serious message across without ruffling feathers.

And they may yet have the desired effect.

In reply to a question, Indian foreign ministry spokesman Raveesh Kumar said: “We are trying to see how we can accommodate the concerns of the Prime Minister (Sheikh Hasina).”

India on Sunday banned exports of onions and imposed countrywide stock limits on the vegetable with immediate effect after retail onion prices soared to ₹80 per kg in parts of the country due to supply disruptions after floods in some states. The government had initially imposed a minimum export price of $850 per tonne on onions on 13 September, but consumer affairs secretary A.K. Srivastava complained to the commerce ministry that exports were continuing unabated, prompting the ban.

“The reported export below minimum export price to Bangladesh and Sri Lanka will be immediately stopped and strict action will be initiated against those who are found to be violating this decision of the government,” a government official said on Sunday on condition of anonymity.