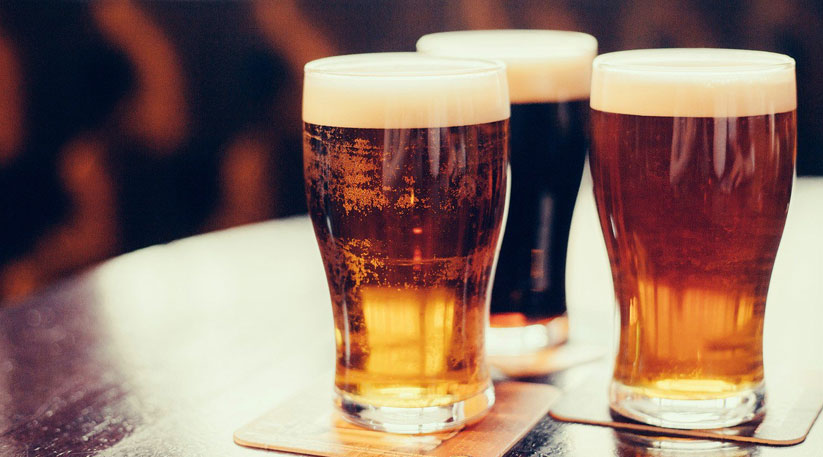 Indonesia, the world’s fourth most populous nation, lags behind its ASEAN peers in areas like exports, attracting foreign direct investment, tourist numbers, education, innovation and research and development. But there is one area where Indonesia is dominant. Indonesia dominates as the most sober country in Southeast Asia.

According to the World Bank 2015 report, Indonesia, home to world’s biggest Muslim population, consumes the least alcohol in Southeast Asia with its people on average drinking just 0.6 liters of alcohol, not even one bottle of wine, a year. What was surprising was that Indonesia was more sober than Malaysia and Brunei Darussalam. South Korea ranked number one with 10.9 liters of average alcohol consumption per person, while Vietnam was in second position with 8.7 liters of alcohol consumption per person per year.

“Drinking is not in our culture. Even the majority of non-Muslims in Indonesia do not drink beer or wine,” Novan Kuntoro, a resident of Jakarta who works at a private company, told The Jakarta Post on Wednesday.

At the global level, the Czech Republic is well-known for its beer consumption. On average, a Czech citizen drinks 40 gallons of beer per person per year.

Beer, one of the oldest and most consumed beverages in the world after water and tea, is the most popular drink among alcoholic beverages in Indonesia.

The famous American writer Ray Bradbury made an interesting comment about beer.

“Beer’s intellectual. What a shame so many idiots drink it,” Bradbury said.

Now, a quarter of the world’s population consume beer either regularly or occasionally. Home to 4.5 billion people, rising economies and fast changing lifestyles, Asia is indeed the number one region in the world in terms of beer consumption. China is the biggest beer consuming, as well as producing nation. It consumed 54 billion liters of beer last year alone.

The global beer industry is worth around US$300 billion and Indonesia’s share in it is around $600 million.

Can you guess which brand of beer is the world’s best seller? People immediately think of Heineken, Carlsberg or Budweiser. But the surprise is, according to market research firm Euromonitor, China’s Snow lager with a 5.4 percent share of global beer sales. Every year more than 10 billion liters of Snow beer is brewed in China.

Beer can be brewed at home like tea or coffee. Just buy a beer kit and ingredients and brew at home. In Europe, many people brew their own beer in their homes.

In fact, Barack Obama was the first United States president to brew his own beer.

Almost 95 percent of a bottle of beer consists of quality drinking water. Beer is normally brewed from barley or wheat and even corn or rice.

In fact, there is one beer from among thousands of brands across the globe that has a very high percentage of alcohol. Snake Venom from Scotland is the strongest beer in the world with an alcohol content of 67.5 percent.

In Indonesia, the cost of a bottle of beer is relatively low if you buy it from a supermarket. Since 2015, beer has been prohibited from being sold at mini markets. A 330 ml bottle of the famous brand Bintang costs Rp 21, 000 (US$1.47). But the same bottle at a bar or café in Jakarta may cost up to Rp 65,000 after sales tax and service charge.

Do you know which beer is the most expensive in the world? It is Crown Ambassador beer from Australia. A 750 ml bottle of Crown Ambassador, a product of Carlton United Breweries, can cost you A$100 (US$80).

Now we have International Beer Day, which is celebrated on the first Friday of August. It was launched in 2007 by beer lover Jesse Avsalomov from California. This year it will fall on Aug. 3.

Beer companies claim that beer has many health benefits. But doctors say beer is an alcoholic drink that can be harmful.

“Beer increases sugar levels. It is not good for the liver. Alcohol is alcohol. If you want to be healthy, stay away from all types of alcoholic drinks,” Mery Harita, a medical doctor from West Jakarta, told the Post.

Drinking beer moderately has certain benefits like other alcoholic drinks. Still, one has to be cautious in consuming alcohol, including beer.