Almost half a billion in Asia are still hungry, UN reports 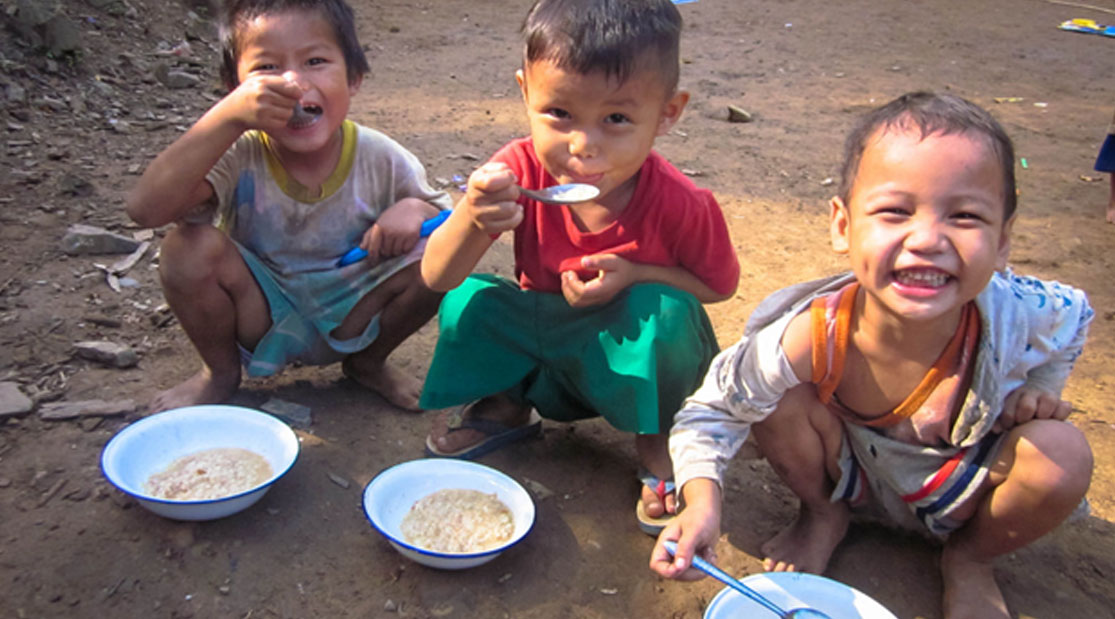 Despite rapid economic growth, the Asia-Pacific region has nearly a half billion people who go hungry according to a United Nations report.

Even in relatively well-to-do cities like Bangkok and the Malaysian capital Kuala Lumpur, poor families cannot afford enough good food for their children, often with devastating long-term consequences for their health and future productivity, says the report compiled by the Food and Agricultural Organization and three other U.N. agencies.

In Bangkok, more than a third of children were not receiving an adequate diet as of 2017, the report said. In Pakistan only 4 percent of children were getting a “minimally acceptable diet,” it said, citing a government survey.

To be able to meet a goal of reaching zero hunger in the region by 2030, 110,000 people need to be lifted out of hunger and malnutrition every single day, said the FAO’s regional director-general, Kundhavi Kadiresan.

“After all those years of gains in fighting hunger and malnutrition in Asia and the Pacific we now find ourselves at a virtual standstill,” she said. “We have to pick up the pace.”

Meanwhile, the number of malnourished people in the region has begun to rise, especially in East and Southeast Asia, with almost no improvement in the past several years.

In the longer term, rates of malnutrition did fall from nearly 18 percent in 2005 to 11 percent in 2017, but hunger-related stunting that causes permanent impairment is worsening due to food insecurity and inadequate sanitation, with 79 million children younger than 5 across the region affected, the report said.

The high risks also are reflected in the prevalence in wasting among very young children, a dangerous rapid weight loss related to illness or a lack of food, it said. The condition is seen most often in India and other parts of South Asia but also in Indonesia, Malaysia and Cambodia, affecting almost one in 10 children in Southeast Asia and 15 percent of children in South Asia.

“The prevalence of wasting is above the threshold of public health concern in three of every four countries in the region,” it said.

Conversely, even overweight children often are malnourished if their families rely on inexpensive street foods that are oily, starchy and sweet, but unhealthy and sometimes unsafe.

The report focused on two main factors that often contributed to food insecurity: climate-related disasters and inadequate access to clear water and sanitation.

Its authors said that providing adequate clean drinking water and sanitation were crucial for preventing illnesses that further undermine health, especially among children. It also lauded efforts in some countries to ensure city dwellers have access to fresh food markets.

In Indonesia, for example, a study cited in the report found that the prevalence of stunting correlated very closely with access to improved latrines. Children whose families relied on untreated water were more than thrice as likely to be stunted if their homes lacked such latrines, it said.

While access to drinking water is widespread it has stopped improving and actually decreased in urban areas, the report said.

Many poor living in Southeast Asia rely on bottled water that claims to be suitable for drinking but often is contaminated. A study of samples in Cambodia found 80 percent of such water contained bacteria and nearly all had coliform, or fecal contamination.

Ending the practice of open defecation, seen most widely in India, remains challenging, the report said, partly due to customary factors. In 2014, the country launched a campaign to end the practice by 2019, increasing the coverage of latrines to 65 percent. In the cities, progress has been faster.