7 sandwiches of Asia, from Roti John to Noodle Bun 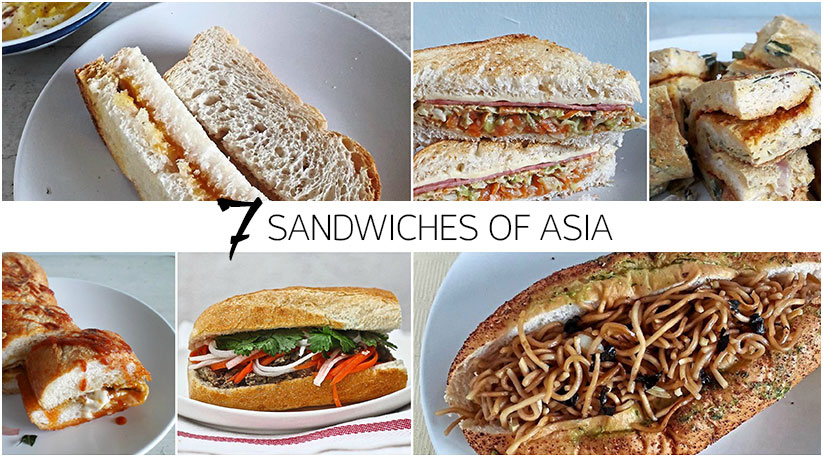 KUALA LUMPUR (THE STAR/ASIA NEWS NETWORK) – Except for a few countries in Asia, bread is not a staple food in much of the continent.

Perhaps that is why when food vendors do come up with sandwiches, they are quite unusual – and excellent.

Here are seven to try around the region.

And if you can’t get around, try making them yourself at home.

Search for the recipes and techniques on YouTube – that’s where we learnt how to make all the sandwiches for this article.

This is one of those great kopitiam (coffee shop) breakfasts – well toasted slices of Hainanese bread, spread with margarine or butter and generously slathered with kaya (coconut egg jam). The sandwich is cut into thirds or quarters and often eaten with one or two soft-boiled eggs (which we call “half-boiled”, for some reason) seasoned with soy sauce and white pepper. It goes nicely with a cup of milk coffee.

Kaya toast can be traced to the Hainanese, many of whom worked on British ships as cooks in the 19th century. When they settled in Malaya, they came up with the sandwich by replacing western jams with local kaya.

This is one of those foods whose popularity has grown beyond their original country – it’s now a firm favourite across the world.

The bánh mì (translated as wheat bread) started out, sometime in the 1880s when the French made their way into Indochina, as a baguette with a bit of butter, ham or pate. When the French rule ended in 1954, the Vietnamese kept the bread but made the sandwich more substantial – and certainly raised its delicious factor – with flavourful meat, pickled vegetables and fresh herbs.

The egg is flavoured with onion, chillies, garam masala, curry powder. It is poured into a skillet and spread out a little. Slices of bread are then placed on top of the egg and allowed to soak in it for a while before the whole thing is flipped to cook the other side. Customers can ask for a slice of cheese to be included.

When it’s done, the sandwich is folded in an unusual way: The slices of bread are on the inside of the omelette! The sandwich is cut into pieces before serving.

In 2016, rou jia mo, which translates as “meat in a bun”, was named Shaanxi Province’s Intangible Cultural Heritage.

Often referred to as the Chinese hamburger, this sandwich of northern China is in a yeast-raised wheat bun that is shaped into a spiral before rolling it into a disc and then cooked. Instead of steaming the buns like a mantou, they are usually “baked” in a pan on the stove.

Rou jia mo is said to have been around for at least 2,000 years.

The filling is most commonly pork, specifically the belly. In Muslim areas in Xi’an, the capital of Shaanxi province, beef is used.

Korean street toast is a sandwich stuffed with an omelette made with shredded cabbage and carrot. Along with it is usually a slice of ham and cheese drizzled with ketchup and mayonnaise. The large slices of white bread are toasted on the same skillet.

Some street vendors fold the sandwich on the diagonal and serve it in a paper cup.

Talk about carb on carb! This popular lunch and snack in Japan is a combination of noodles and bread.

The stir-fried egg noodles are seasoned with soy and Worcestershire sauce, and unadorned with meat or vegetables. This is so that there is not too much moisture which will make the bread soggy since the sandwich is usually not eaten immediately. A hotdog bun is commonly used.

The sandwich is finished with strips of pickled ginger, dried seaweed and sweetened mayo.