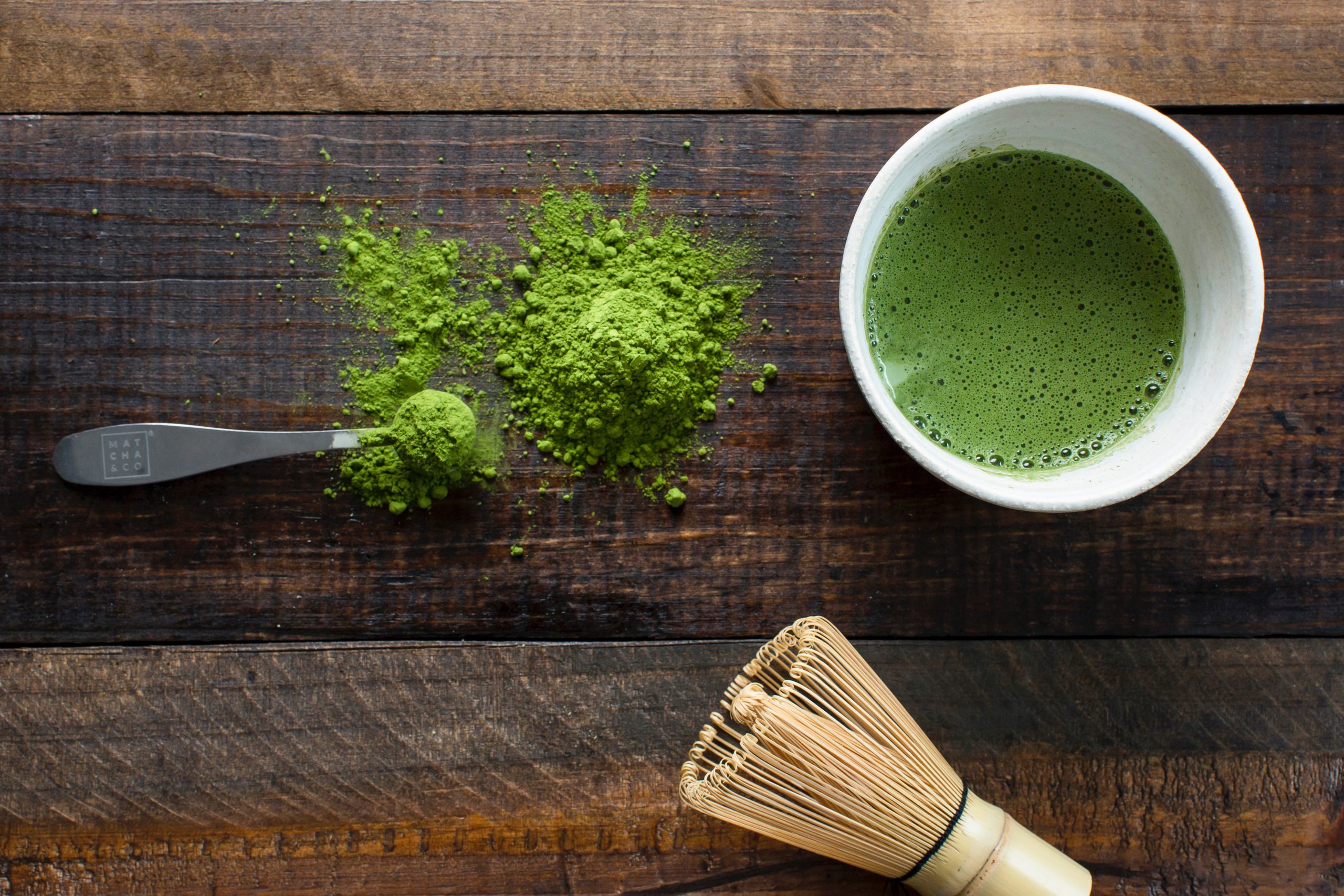 As one of the most popular beverages in Asia, tea has been known as a healthy drink and famous for its antioxidant capacity. Made from the plant Camellia sinensis and often being consumed in different parts of the world as green, black or Oolong tea, the consumption of tea especially the green tea has long been associated with human health.

Matcha is a high quality green tea with fine powder tea leaves protected from the sunlight. It has a unique taste, flavour and colour that can be used in a various applications including beverages, confectioneries and even dishes (Unno, 2019). The active compounds of matcha include protein, amino acids, fibre, minerals and phenolic compounds. However, the method of tea leaves collection may influence these active compounds for up to 10% (Skopek & Loun, 2018).

Green tea is produced by immediate steaming of freshly harvested tea leaves to get a dry and stable product. This steaming process helps to prevent fermentation by destroying the enzymes that are responsible for breaking down the colour pigments in the leaves. This allows the tea to maintain its green colour during subsequent rolling and drying processes as well as preserving its natural polyphenols with respect to the health-promoting properties. As green tea is fermented to Oolong and then to black tea, polyphenol compounds (catechins) in green tea are dimerized to form a variety of theaflavins, such that these teas may have different biological activities (Chako et al., 2010).

Fresh leaves contain an average of 3 – 4% of alkaloids known as methylxanthines, such as caffeine, theobromine and theophylline (Chako et al., 2010). The four major flavonoids in green tea are the catechins, epicatechin (EC), epigallocatechin (EGC), epicatechingallate (ECG) and epigallocatechin gallate (EGCG). EGCG is viewed as the most significant active component that is found abundantly in the leaf bud and first leaves of the plant (Sinija & Mishra, 2008).

The stress-reducing effect of green tea matcha comes from the major amino acids component, theanine as well as arginine; the second most abundant amino acid found in its extract. When tea leaves are protected from direct sunlight, theanine levels remain high. The amount of theanine in green tea is also influenced by the supply of nitrogen absorbed from the roots as limited supply of oxygen reduces the level of theanine. Matcha also contains high level of caffeine which could counteract the effect of theanine. However, if theanine levels are sufficiently high, the anti-theanine action of caffeine is insignificant (Unno et al., 2019).

Green tea is made from unfermented leaves and known to have the high concentration of powerful antioxidant called catechin. The Oxygen Radical Absorbance Capacity (ORAC) assay found out that green tea has a much higher antioxidant activity against peroxyl radicals than vegetables such as garlic, kale, spinach and Brussels sprouts. Antioxidant helps to fight and neutralize free radicals damaging compounds in our body (Thasleema, 2013).

The increased blood lipid levels have been associated with an increased risk for cardiovascular disease, especially low-density lipoproteins (LDLs). There have been many studies performed using ‘human subject’ to determine the effect of green tea catechins on lipids. These studies have reported that the consumption of green tea catechins can reduce total cholesterol and LDL levels as well as blood pressure. Another study found out that green tea catechins are incorporated into LDL particles and able to reduce the oxidation of LDL. Catechins prevent LDL oxidation by entrapping the radicals and act as hydrogen donors to α-tocopherol radicals (Reygaert, 2017).

In short, green tea is full of natural goodness with powerful antioxidants that bring many benefits to human health. A cup of green tea is perfect for after-meals as it balances your meal with a healthy drink. Green tea is also perfect for a matcha-based morning meal coupled with green tea pancakes.